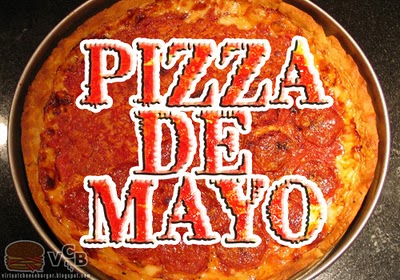 May 12th, 2010 was my very first ‘Pizza de Mayo’ celebration,
featuring a number of deep dish pizzas.
As you will see from photos below,
it was my first attempt at making a crustless deep dish ‘meatza’. 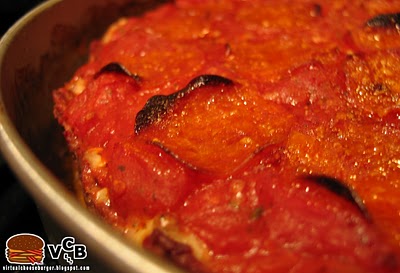 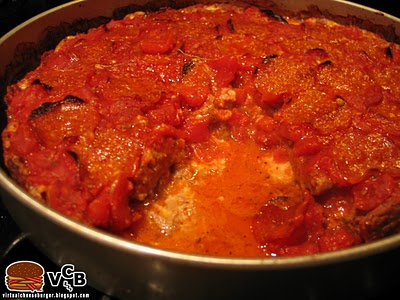 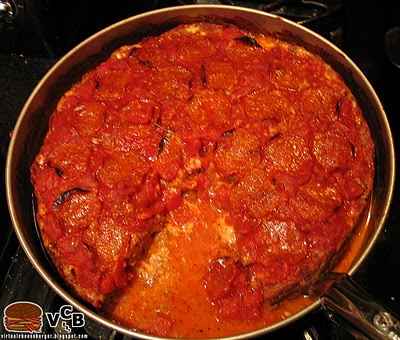 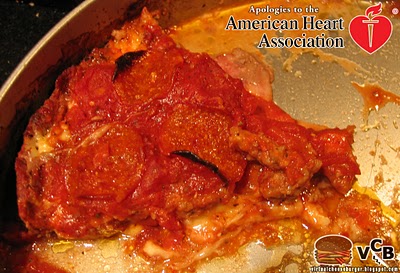 The first attempt was very tasty and definitely not recommended for anyone battling a coronary disease.
Many things were learned.

My next attempt at this ‘meatza’ will involve pre-cooking some of the meat ingredients to reduce the enormous amount of grease that it creates while baking and to allow the bacon/beef crust to get nice and crispy, and possibly draining the tomatoes longer to further reduce the liquid in the pan. 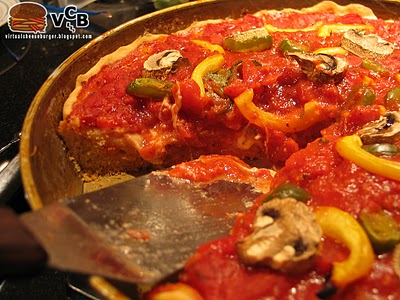 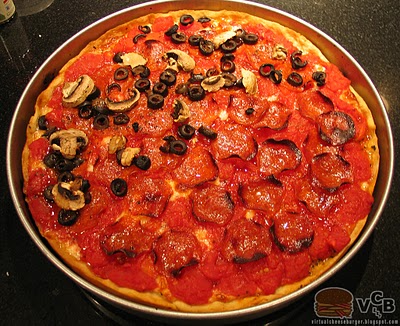