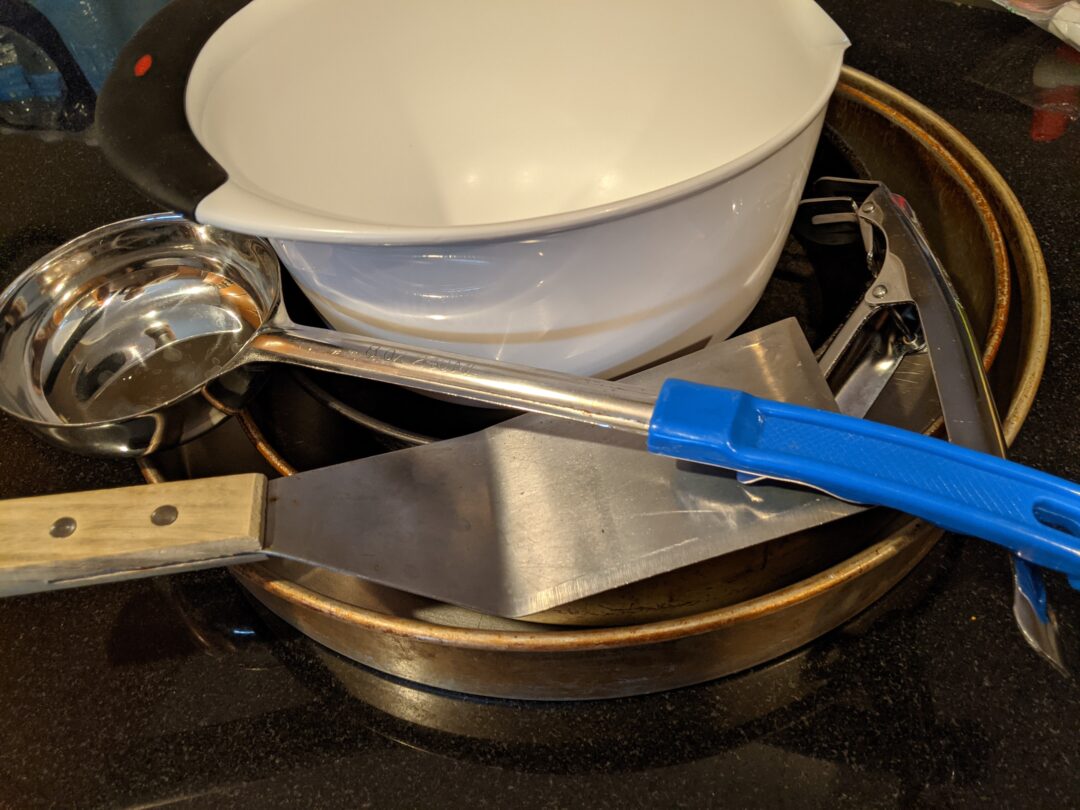 I would like to buy some deep dish equipment. Do you have a kit I can order?

Not yet. I want to be able to offer Chicago Pizza baking equipment packages that you can order from this page, and don’t currently have the distribution and sales set up to do that, so until I am able to sell you the RDD Deep Dish & Thin Crust Bake At Home Kits, you can try building your own kit with items like the ones listed below.

WHAT SHOULD I GET?

For deep dish, I recommend getting yourself one or two 12 inch round deep dish or cake pans (I like the 2 inch high pans, but 1.5 is fine), a square edge turner (or metal spatula), a deep dish pan gripper, and a mixing bowl or two. If you’ve seen some of my dough mixing videos, I’m using a 3qt Oxo mixing bowl, which is a good size for a single batch of dough, and is nice because it has a rubber bottom and easy to grip handle. It’s also dishwasher safe.

For thin crust, you may also want to get yourself a pastry mat for rolling out your dough, a rolling pin, pizza cutter, and a perforated pan and/or wooden peel, and serving platters for your finished pizzas. I sent some American Metalcraft 16″ Mega Screens to friends who moved out-of-state so they could bake some thin crust pizzas at home, and they love them.

A baking stone is also a good idea too. I like the rectangular ones because they have more room to maneuver your pizza. I also highly recommend getting yourself an ample supply of food-safe gloves. I use the nitrile ones. They make dough handling and kneading a lot easier.

For more info, read Deep Dish 101: Lesson 4 – Nuts & Bolts to get a better idea
of the equipment you’ll need for your Chicago pizza baking adventure!. It

Looking for Tee Shirts and Apparel?
You can find some classic designs at the RDD CafePress Shop
http://www.cafepress.com/realdeepdish 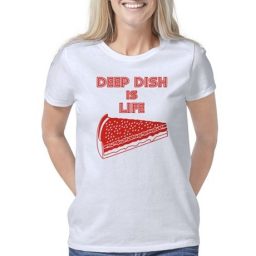 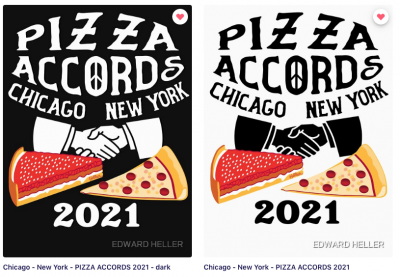 RDD is proud to be a new affiliate for BAKING STEEL!
It’s like a baking stone, but made out of steel!

With some practice, a Baking Steel may improve the crispiness of your home baked thin crust pizzas. 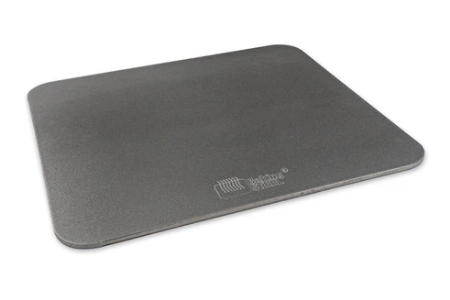 If you have a website and would like to be a Share-A Sale affiliate, you can get more info by clicking on the banner below.

Below are more products from participating Share-A-Sale vendors.**

** Some items listed may link to out-of-stock or discontinued items, as kitchen supply vendors could be having supply-chain issues beyond our control. Pricing listed here might differ from current pricing from the vendor. If you are looking for something specific, you can try clicking on one of the product links and try using the product search on a vendor’s website.
Still having trouble finding what you’re looking for?
You can contact RDD on the Facebook page or comment below and I will see if I can help you locate what you are looking for.

DEEP DISH EQUIPMENT AND OTHER NIFTY ITEMS FROM:
BakeDeco / Kerekes

If links below are broken or the item you are looking for is not found, you can click on the vendor logo and search for a similar item at the vendor’s website.

DEEP DISH EQUIPMENT AND OTHER NIFTY ITEMS FROM:
A Best Kitchen

If links below are broken or the item you are looking for is not found, you can click on the vendor logo and search for a similar item at the vendor’s website.